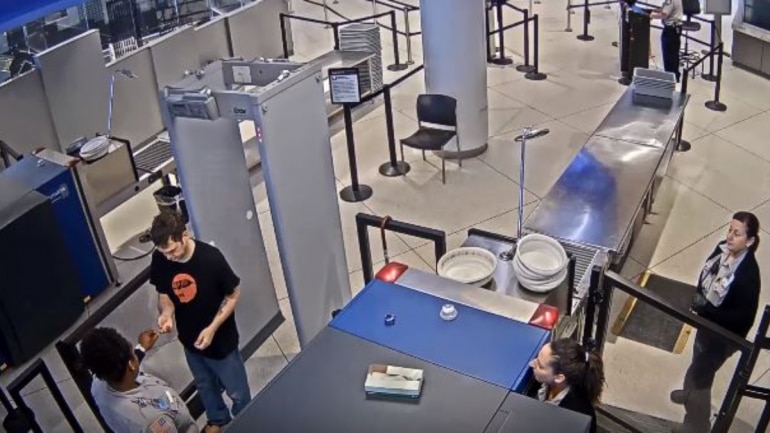 An airport security worker in New York has been fired for handing a passenger a handwritten note that said “You ugly!!!”

The June incident came to light this week after passenger Neal Strassner obtained security video through a public records request and posted it to YouTube. The video from Greater Rochester International Airport shows the worker handing Strassner the note after he passes through a metal detector’

Strassner said he didn’t think much of it and continued toward his gate. That’s when he says the woman yelled out: “You gonna open the note?”

Strassner said that when he did, the woman burst out laughing<> He later complained to her supervisors.

The Transportation Security. Administration says the woman worked for a contractor. The agency said it has “zero tolerance for this type of behavior.”

ALSO READ: Russian pilot safely lands jet in cornfield as it collides with birds after takeoff

Ruff crowd: Heres why several dogs were watching a musical in Stratford