A speech by the president of the United States will always get attention, especially on 4 July.

But Donald Trump’s 2019 address to mark America’s Independence Day has been flying around on social media more than usual.

During the address in Washington DC, Mr Trump suggested the Continental Army “took over the airports” during the revolutionary war against Britain in the late 18th Century.

It’s not clear exactly what Mr Trump was referring to. The first successful plane to take flight was the Wright Flyer, in the US, in 1903 – more than 100 years later.

In response, people have been adding their own, imagined references to air travel within established history.

The hashtag #revolutionarywarairportstories has been used nearly 4,000 times on Twitter so far, and the term Revolutionary War used more than 16,000 times.

Twitter user @King_Of_Shade invented the Battle of Baggage Claim in 1776. 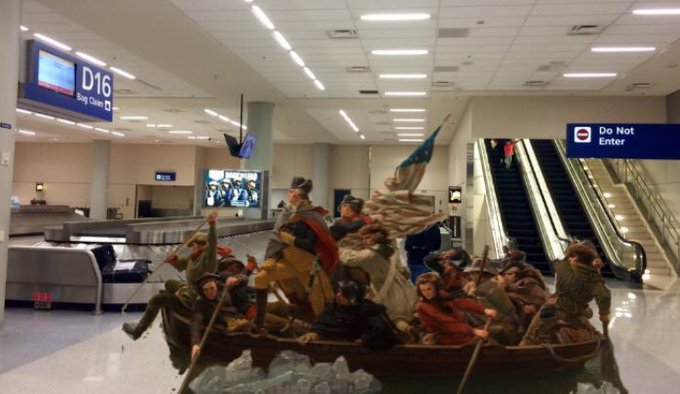 #RevolutionaryWarAirportStories
The Battle of Baggage Claim (1776)
Many Lives were lost. And Bags too. Some people are saying it was the worst massacre they had ever seen.

9,200 people are talking about this

The American War of Independence began as a result of tensions between those living in Great Britain’s North American colonies and the colonial government of the time.

With the help of France, George Washington’s Continental Army forced the British surrender in Yorktown, Virginia, in 1781.

The Continental Congress officially adopted the Declaration of Independence on 4 July 1776, which is why this is seen as Independence Day. 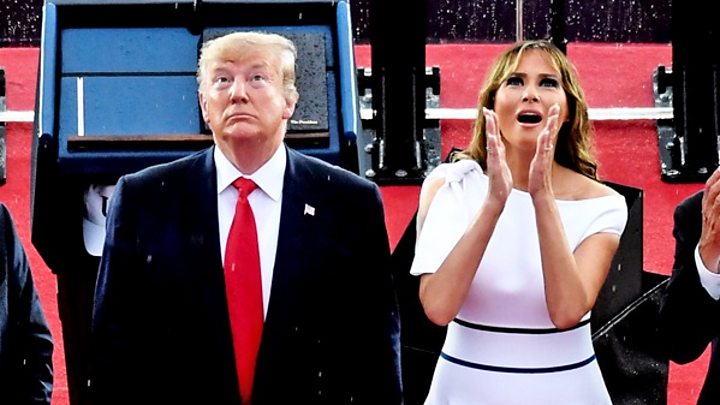 On Reddit, some have exaggerated the achievements of the Continental Army during the war.

User SlumdogSkillionaire commented: “By the end of the war there was not a single airport on the continent that was under British control. The troops were nothing if not thorough.”

While another user added that: “Not a single RAF aircraft was in the skies above America during the Battle of Yorktown. What a strategic accomplishment!”

But for Twitter user @Jungle_os, the burning question was where George Washington’s horse would be stored on a plane. 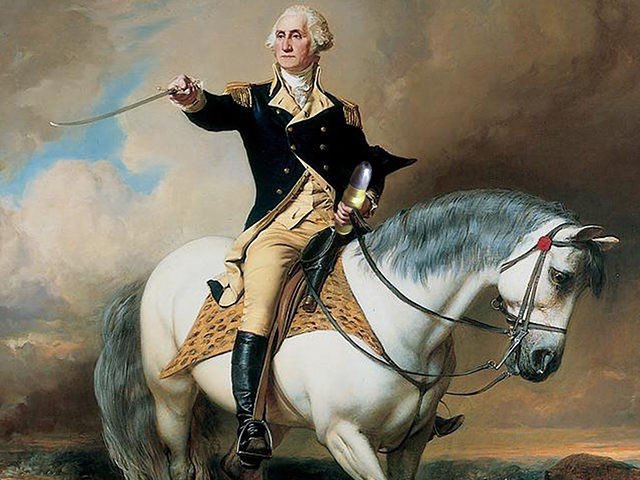 Will my Emotional Support Animal require an extra seat? #RevolutionaryWarAirportStories

866 people are talking about this

Ed Solomon, the writer of the Bill & Ted film trilogy, has also got involved in the fun.

One if by landing gear, two if by seat cushion used for floatation device

84 people are talking about this

His tweet references the Americans saying “one if by land, two if by sea”. These words are part of the Henry Wadsworth Longfellow poem Paul Revere’s Ride.

Paul Revere signalled the approach of the British at the start of the war by ordering two lanterns to be placed in a Boston church tower.

Elsewhere, astute viewers of the speech, like Aazami Shervin, pointed out that Mr Trump’s mention of Fort McHenry references the war of 1812 and not the revolutionary war.

Cornwallis was the Revolutionary War & Fort McHenry was the War of 1812.

Did he say the army took over the AIRPORTS during the Revolutionary War? I rewound and play it twice. #TrumpParade 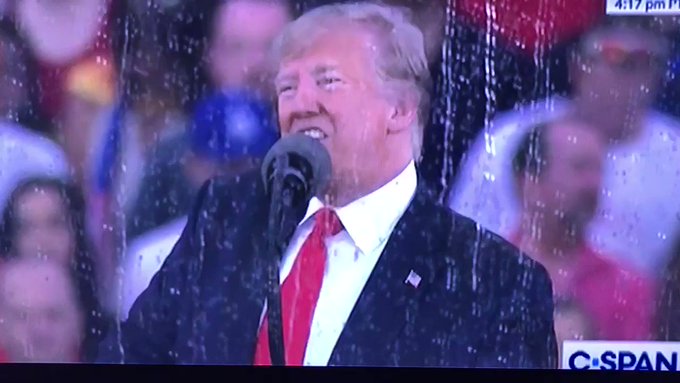 164 people are talking about this