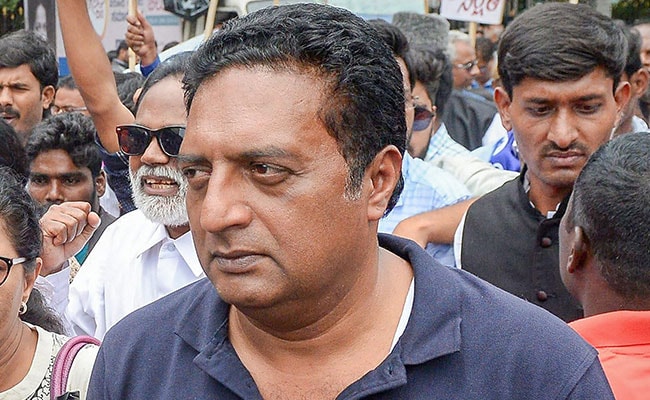 Actor Prakash Raj, who contested as an independent candidate in Karnataka, described his defeat today as a “a solid slap on my face”.

“A SOLID SLAP on my face as More ABUSE, TROLL, and HUMILIATION come my way. I WILL STAND MY GROUND. My RESOLVE to FIGHT for SECULAR INDIA will

A TOUGH JOURNEY AHEAD HAS JUST BEGUN. THANK YOU EVERYONE WHO WERE WITH ME IN THIS JOURNEY. JAI HIND (sic),” he tweeted.

The actor had announced his entry into politics on January 1 and had begun campaigning even before he filed his nomination.

Prakash Raj had been vocal on social and political issues and had frequently attacked the Narendra Modi government. He used auto rickshaws during his campaign.

The BJP was leading in 24 out of 28 seats in Karnataka as votes were counted for the national election. The Congress and Janata Dal Secular led in only two seats and one.

Across the country, the BJP has scored a spectacular mandate for a second straight term in power.

Election Results for Lok Sabha Election 2019 will be out on May 23. Get the latest election news and live updates on ndtv.com/elections. Catch all the action on NDTV Live. Like us on Facebook or follow us on Twitter and Instagram for news updates from each of the 543 parliamentary seats for the election 2019