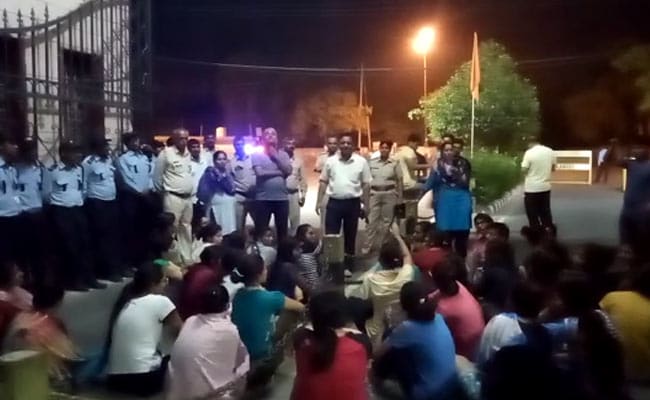 Girl students of a university in Haryana have complained to the authorities that a drone equipped with camera has been seen flying outside their rooms at night and spying on them.

Some 2,500 girl students are staying at the hostels of Maharshi Dayanand University in Rohtak, 78 km from Gurgaon”

They alleged the university authorities have not done anything to stop the drone.”””

For the second time in two weeks, a large group of students on Thursday night complained of drone cameras recording their activities in their hostel rooms. They also held a protest near the university gates.

“The police have been informed. Last night from 10 pm to 1 am the drones were seen near the building. The university officials and the police said they were aeroplanes and told us to go back to sleep,” a student said”;

“We gathered at the gate, but got no satisfactory answer from the university officials. They also locked the doors to the hostels,” another student said. “We have videos and photos of the drones. Whenever the police come, the drones disappear. When they leave, they are back again,” the student said.The police said they are investigating the matter.