Has Any BJP Leader Asked PM Modi Not To Demonise Opposition

Senior Congress leader Kapil Sibal today asked whether any BJP leader has ever advised Prime Minister Narendra Modi and his party to “stop demonising the opposition and its leaders”, a day after two senior leaders of his own party backed their colleague Jairam Ramesh for saying the Prime Minister should be praised for doing the right things. 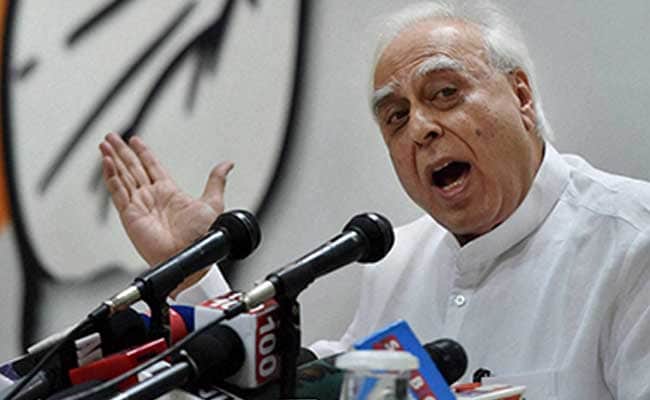 “Which BJP leader has stood up and publicly advised the Prime Minister and his party to stop demonising the opposition and its leaders,” Mr Sibal tweeted this morning”;

Which BJP leader has stood up and publicly advised the Prime Minister and his party to  stop demonising the Opposition and its leaders ? ////

2,764 people are talking about this

Congress’s Jairam Ramesh had on Thursday sought to analyse the positives of the Modi government and asserted that not acknowledging his achievements would not help the opposition.

Mr Ramesh had said it was “time we recognize PM Modi’s work and what he did between 2014 and 2019 due to which he was voted back to power by over 30 per cent of the electorate.” He said PM Modi spoke a language that connected him with the people.

“Also, if you are going to demonise him all the time, you are not going to be able to confront him,” warned the former Union minister. He clarified that he was not asking anyone to applaud the prime minister but just wanted the political class to “recognize the traits he has brought to governance’/

Jairam Ramesh’s comments were backed on Friday by Abhishek Manu Singhvi and Shashi Tharoor. While Mr Singhvi said, “demonising Prime Minister Narendra Modi is wrong” and that acts should be judged “issue-wise and not person-wise”, Mr Tharoor said, “I have argued for six years now that Narendra Modi should be praised whenever he says or does the right thing, which would add credibility to our criticisms whenever he errs;;;;;;

These comments by the three Congress leaders contrasts sharply with the line taken by the Rahul Gandhi-led Congress in the national election campaign earlier this year. Rahul Gandhi, who resigned as Congress president after the party’s second straight debacle, had fashioned his entire campaign around the phrase “Chowkidar Chor Hai” based on allegations of corruption in the deal signed off by PM Modi for the purchase of Rafale fighter jets. The campaign flopped and the Congress was back to the drawing board.

The Congress has also recently been jolted by the support within for PM Modi’s radical move to end special status to Jammu and Kashmir.