India vs Australia: KL Rahul ruled out of remaining 2 Tests with left wrist injury, out for at least 3 weeks

India vs Australia: KL Rahul ruled out of remaining 2 Tests with left wrist injury, out for at least 3 weeks

KL Rahul has been part of the Indian Test squad since the very beginning of the four-match series but did not play the first two games in Adelaide and Melbourne. 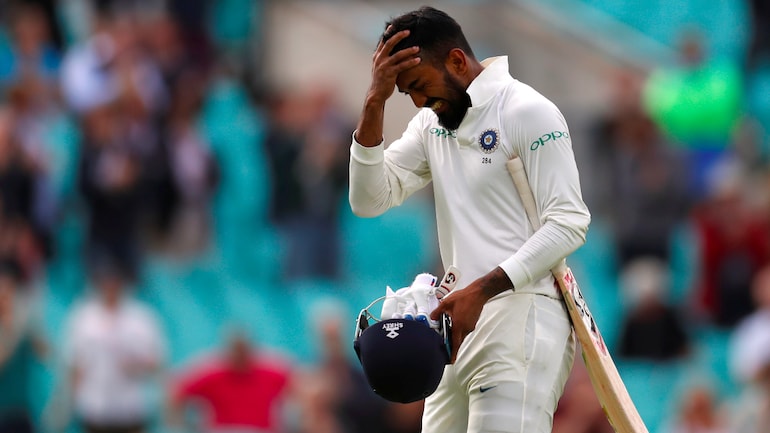 Team India opener and reserve wicketkeeper KL Rahul will not be available for selection for the final two Tests of the Border-Gavaskar series after being ruled out with a left wrist injury.

Rahul got hit in the nets during India’s practice session at the Melbourne Cricket Ground on Saturday (January 2), the Board of Control for Cricket in India (BCCI) confirmed on Tuesday.

Rahul, who will be out of action for at least 3 weeks, will now return home to Bengaluru and join the National Cricket Academy for further rehabilitation. He is the third Indian player to return home from the Test series with an injury after fast bowlers Mohammed Shami (fractured arm) and Umesh Yadav (calf injury).

“KL Rahul sprained his left wrist while batting in the nets at the MCG during Team India’s practice session on Saturday. The wicketkeeper-batsman will not be available for the remaining two Tests of the Border-Gavaskar Trophy as he will need about three weeks time to recover completely and regain full strength.

“He will now return to India and head to the National Cricket Academy in Bengaluru for further rehabilitation of his injury,” BCCI secretary Jay Shah said in a statement.

India batsman KL Rahul has been ruled out of the remainder of the Test series against Australia due to a sprained left wrist.

He will return to the NCA in Bengaluru for rehabilitation.#AUSvIND pic.twitter.com/bOLtPybRKt

Rahul has been warming the benches after being overlooked for the the first two Tests in Adelaide and Melbourne. He also did he feature in the tour games prior to Tests despite being part of the squad.

Rahul was expected to replace Virat Kohli in the playing XI in the Boxing Day Test after the Indian skipper went back home for his paternity leave post the Adelaide defeat in December.

But all-rounder Ravindra Jadeja was preferred over Rahul in the second Test in Melbourne, which India won by 8 wickets to level the series 1-1. The third Test will be played at the Sydney Cricket Ground from January 7.