It is the contest Ultimate Fighting Championship (UFC) fans never knew they wanted.

On Sunday, Justin Bieber challenged Tom Cruise to join him in the octagon (the UFC ring) to solve a problem so fiendishly difficult no-one had previously bothered to think of it.

If a 25-year-old pop star stands 5ft 9in (175cm) and sells 150 million records, attracting 106 million Twitter followers, why does he randomly decide to try to goad a 56-year-old movie star into fighting him?

Needless to say, a calculation so onerous quickly won the attention of the very best minds the social media platform had to offer. 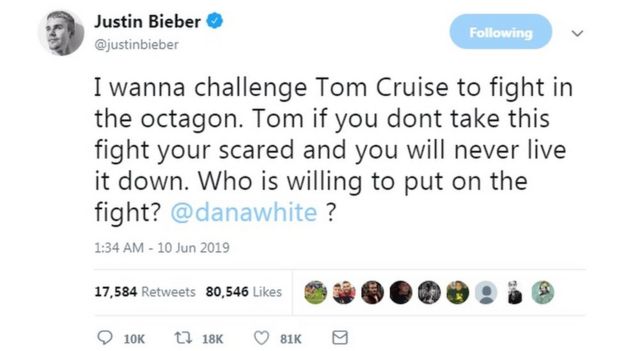 Former UFC champion Conor McGregor was quick to talk up the bout’s prospects.

“Does Cruise have the sprouts to fight?” he inquired, simultaneously offering his own company’s services in hosting the clash and then offering to fight actor Mark Wahlberg on the undercard. 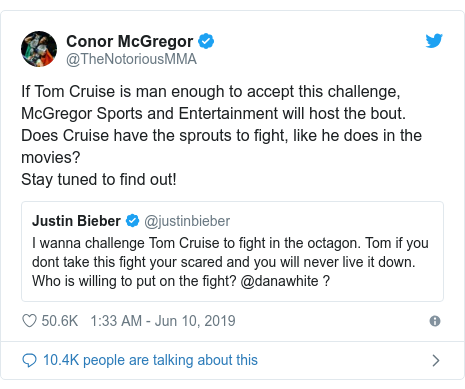 Meanwhile, Jake Marsh of comedy-sports podcast Pardon My Take provided the rundown on the potential fight. 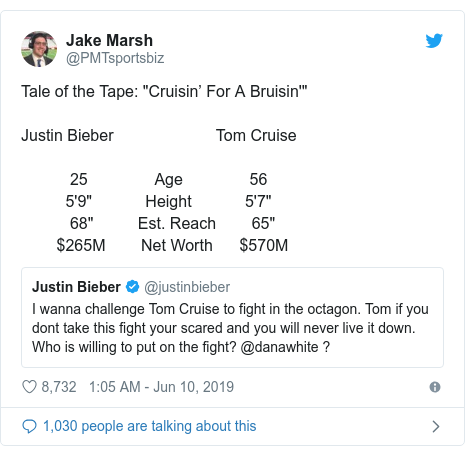 Sprouts or no sprouts, many took the view that in this match-up it’s Bieber who’s the turkey.

Cruise famously performs his own stunts and the physicality exhibited in action films like the Mission Impossible series would give him the edge, many social media users argued. 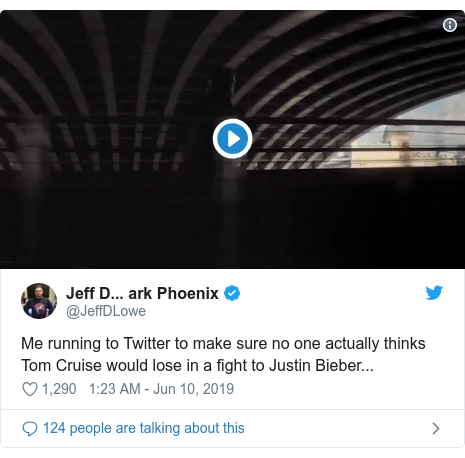 Others were just left confused by the whole thing. 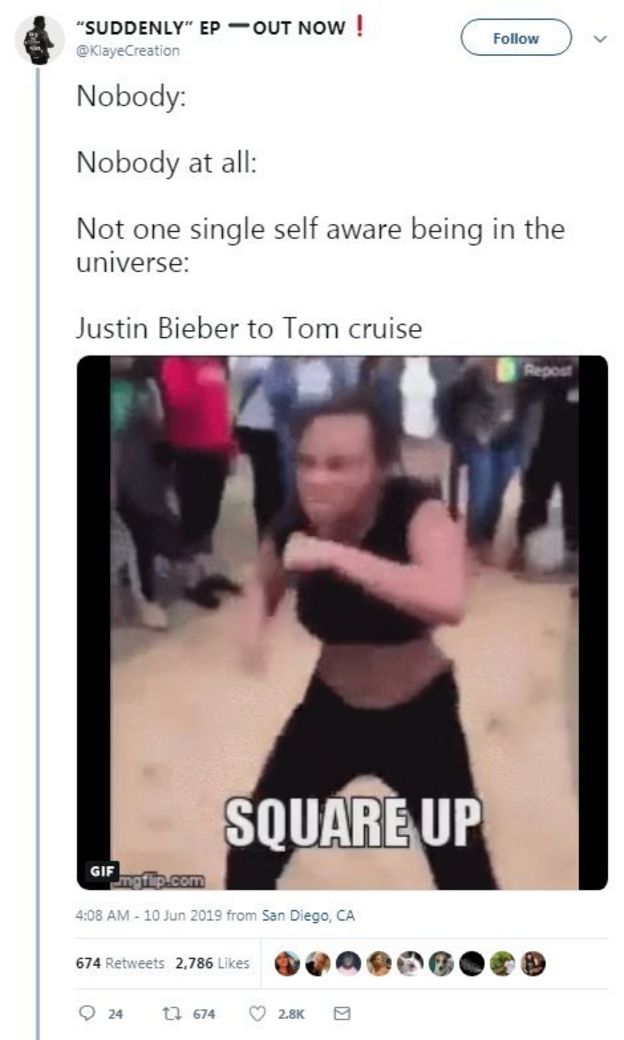 “At some point tonight Tom Cruise’s agent will have to call Tom Cruise and tell him Justin Bieber has challenged him to a fight,” another user tweeted.

“This is an actual conversation that will happen.”

Tom Cruise is yet to respond.