Krishnappa Gowtham made history in the ongoing Karnataka Premier League (KPL), smashing the highest ever individual score in the tournament with a blistering 134 not out off just 56 balls that included seven fours and a whopping 13 sixes. Krishnappa Gowtham<<<<>>> reached the magical three-figure mark in just 39 balls, the fastest hundred in the history of KPL. The Krishnappa Gowtham show didn’t end there as the all-rounder followed it up with an incredible eight-wicket haul to take his team Bellary Tuskers to a 70-run win”//// 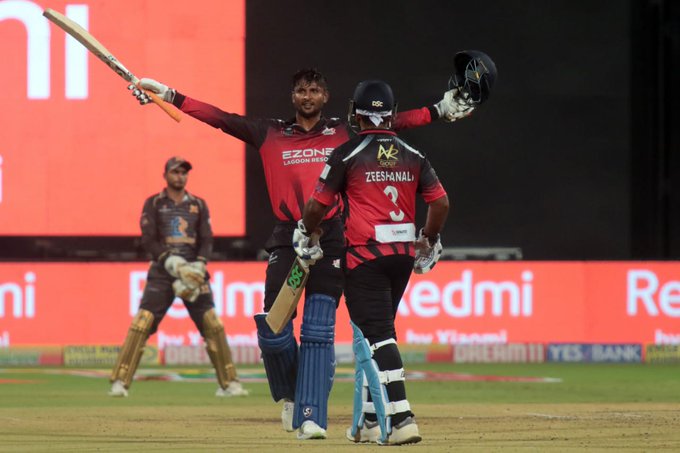 126 people are talking about this

Not only did Krishnappa Gowtham record the fastest hundred in Karnataka Premier League (KPL) and the tournament’s highest individual score but he also broke the record for most sixes in an innings in the KPL with 13 hits over the boundary:’

Gowtham’s brutal hitting helped him score 106 runs in boundaries, making it the highest by any player in KPL.

FOUR records were broken after that effort from @gowthamyadav88 tonight.#JustGowthamThings 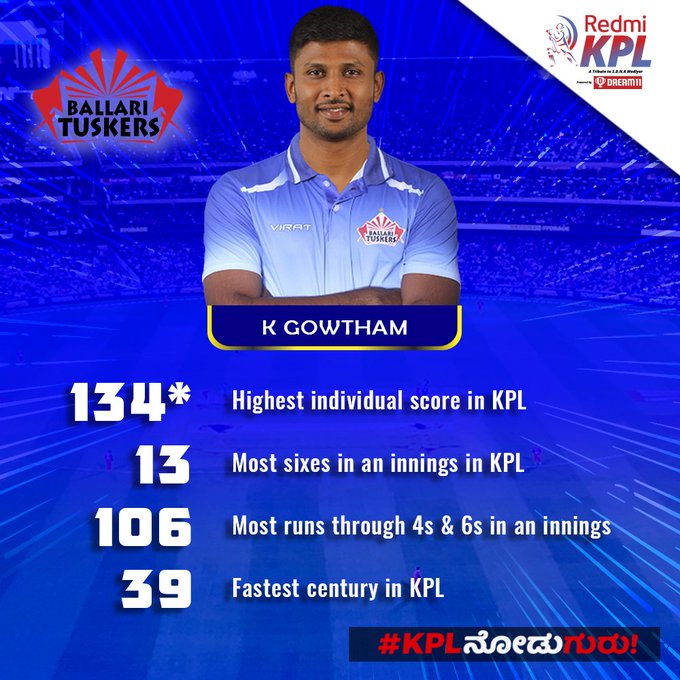 On the bowling front, the spinner scalped eight wickets and conceded just 15 runs in his quota of four overs”.///

These figures are the best bowling figures ever recorded in a T20 match, however, it will not be considered as an official record as state T20 leagues do not have the official T20 status.

This KPL match between Bellary Tuskers and Shimoga Lions will be categorised under “Other T20s”.