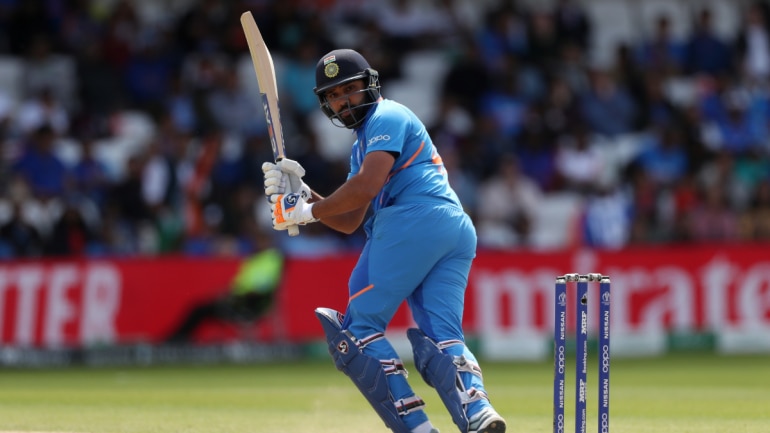 Rohit Sharma became the 4th batsman and the 2nd Indian to score over 600 runs in a single edition of the World Cup. During India’s final league match of the 2019 Cricket World Cup, Rohit Sharma joined an elite list when he crossed 56.

Rohit Sharma was on 544 runs from 9 matches in the 2019 World Cup. On Friday, Shakib Al Hasan had become the 3rd batsman to score 600 runs in a World Cup.

In 2003, Sachin Tendulkar had finished with 673 runs and that remains the record for most runs in a single World Cup.

In 2007, Matthew Hayden smashed 659 runs from 11 matches as Australia won the World Cup. Rohit Sharma has several ODI records to his name. He is the only player with 3 double hundreds in ODIs and he holds the record for the highest individual score in one-day internationals.

Rohit is already 3rd in the list of most century scorers for India in ODIs behind Sachin Tendulkar and Virat Kohli and he has also hit the most sixes in one-day cricket for India.

This has been a terrific year for Rohit Sharma so far. In May, Rohit Sharma led Mumbai Indians to a record 4th Indian Premier League title.