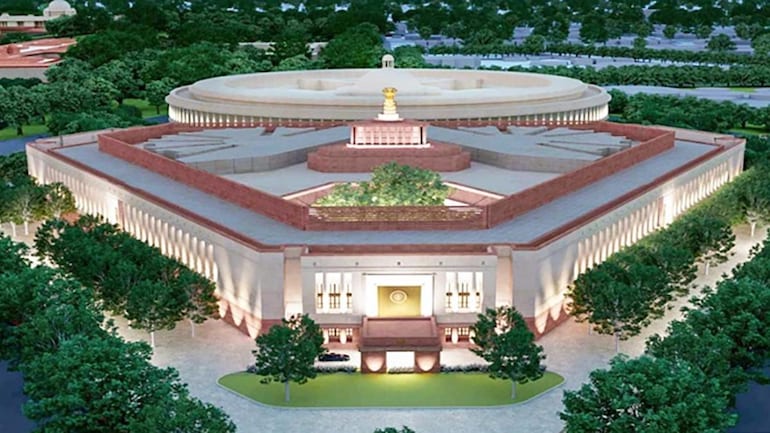 Supreme Court has given its approval to the Central Vista project. (PTI)

The Supreme Court bench of Justices AM Khanwilkar, Dinesh Maheshwari and Sanjiv Khanna has said exercise of power by Centre under DDA Act is just and proper and modifications in land use of master plan 2021, including notifications of March, stand confirmed.

The court has added approval from the Heritage Conservation Committee will be needed when construction work is to begin. Supreme Court has directed all Central Vista project proponents to get approval from the heritage committee.

Project proponents will set up smog towers as an integral part of the Central Vista project and use environment friendly construction material, said the court on Tuesday.

The environment ministry will also pass similar directions for any future projects.

The Central Vista revamp, announced in September 2019 envisages a new triangular Parliament building, with a seating capacity of 900 to 1,200 MPs, that is to be constructed by August 2022 when the country will be celebrating its 75th Independence Day.

The common Central Secretariat is likely to be built by 2024 under the project against which various pleas have been filed.

5 arrested in Delhi for circulating child pornography on social media