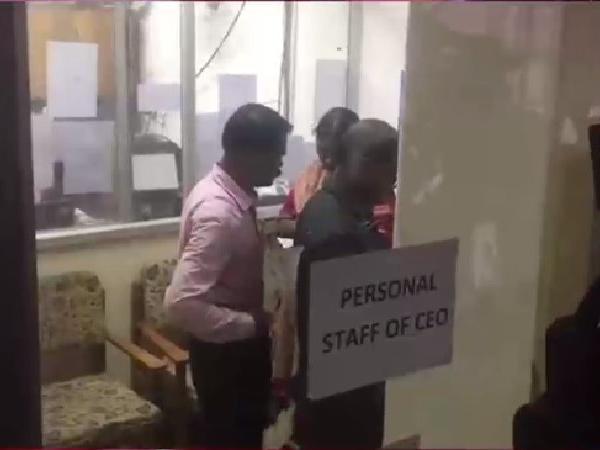 Chennai: Police went into a tizzy here following an anonymous bomb threat to the office; of Tamil Nadu Chief Electoral Officer, but a search revealed no suspicious item.

The officials scanned the office of CEO Satyabrata Sahoo for any suspicious substance after an anonymous letter received there warned that a bomb would go off, police said.

“It (the letter) contained a brief;  sentence in Tamil saying-  bomb will go off’, the police said.

Even as the police were carrying out the search. Sahoo was in a meeting with district electoral officers (DEOs) and returning officers (ROs) ahead of the May 23 counting of votes polled in the Lok Sabha elections and assembly bypolls in the state.

This election make sure you do a complete background check of your netas criminal background, qualification, assets and income, before voting. A step taken towards choosing a #SwachhNeta can go a long way in ensuring clean politics. To background check your neta.