Ariel Machan-Le Quire plead guilty after pulling an alligator out of her pants.

A Florida woman has pleaded guilty in court to stashing a foot-long alligator inside her yoga pants and 41 turtles in a Teenage Mutant Ninja Turtles backpack, in violation of state wildlife laws.

Police caught Ariel Michelle Marchan Le Quire’ 26, with the reptiles after a routine traffic stop in Florida last May.

A judge sentenced her to six months of probation and 200 hours of community service, according to court records. She was also ordered to donate US$500 to the Florida Fish and Wildlife Conservation Committee;”

Le Quire was in the passengers seat of a car when police pulled the driver over in Punta Gorda at around 3:30 a.m. on May 6, the Miami Herald reported at the time.

Le Quire and the driver claimed they were collecting snakes and frogs from underneath a nearby overpass, according to the Charlotte County Sheriffs Office.

Sheriffs deputies searched the car and discovered 41 three-striped turtles. An officer asked the duo if they had anything else, and Le Quire responded by revealing the 30-centimetre-long alligator in her pants, according to police.

The turtles were appropriately hidden in a Teenage Mutant Ninja Turtles backpack;”

The Florida Fish and Wildlife Commission were called in to help investigate and took over her case following the discovery.

The tweet read: Not to be outdone by the #FloridaMan, a #FloridaWoman pulled this alligator out of her pants Monday morning during a traffic stop after being asked the <>standard, Do you have anything else?’

Not to be outdone by #Floridaman, a #FloridaWoman pulled this alligator out of her pants this morning during traffic stop after being asked the standard “Do you have anything else?” She also had 41 3-stripe turtles in the car. @MyFWC responded to take over the investigation. 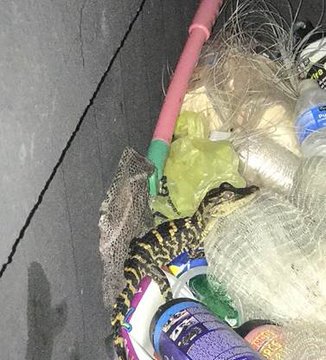 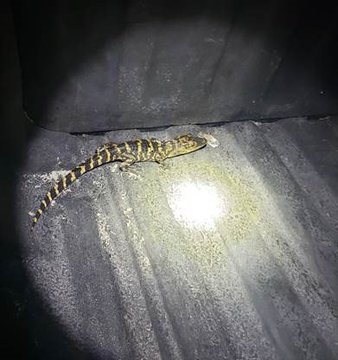 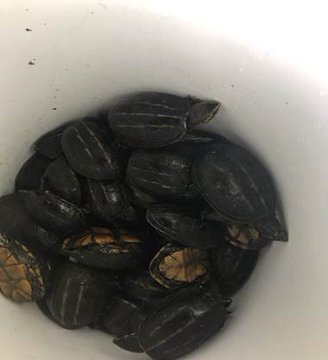 247 people are talking about this

Charges are still pending against the driver of the vehicle.